Interviews with Fans, by Mike Sutton 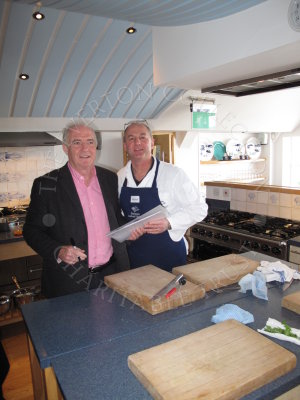 Mike has been an Everton Collection volunteer for over a year and has conducted a number of interviews with former players and club officials, as well as fans. You will be able to hear these next year.

He has been an Everton supporter since the 1960s even though all his family are Reds!

As you can see, Mike's other hobby is cooking (apparently the bloke next to him in the photo kept asking for cookery tips!)